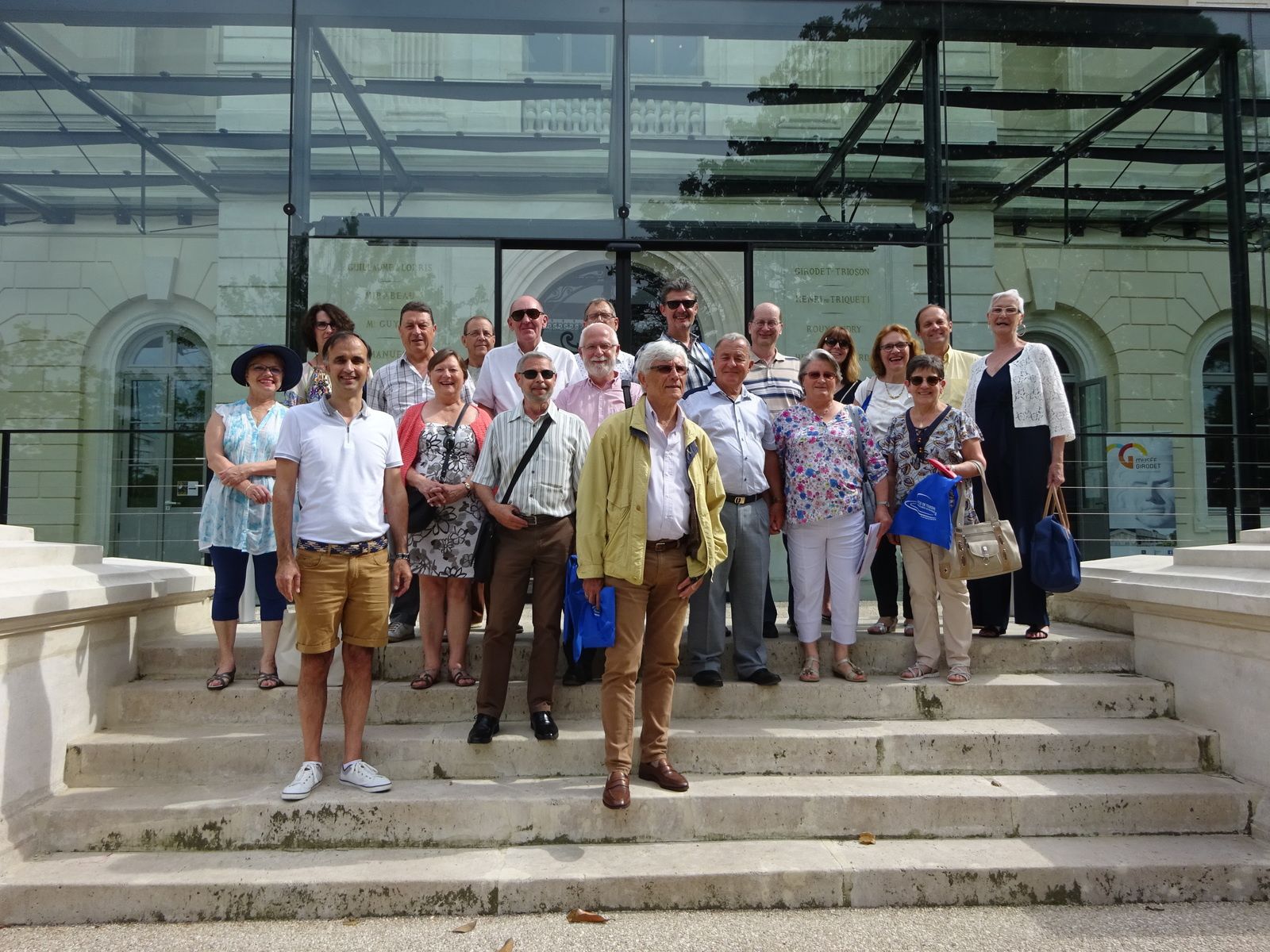 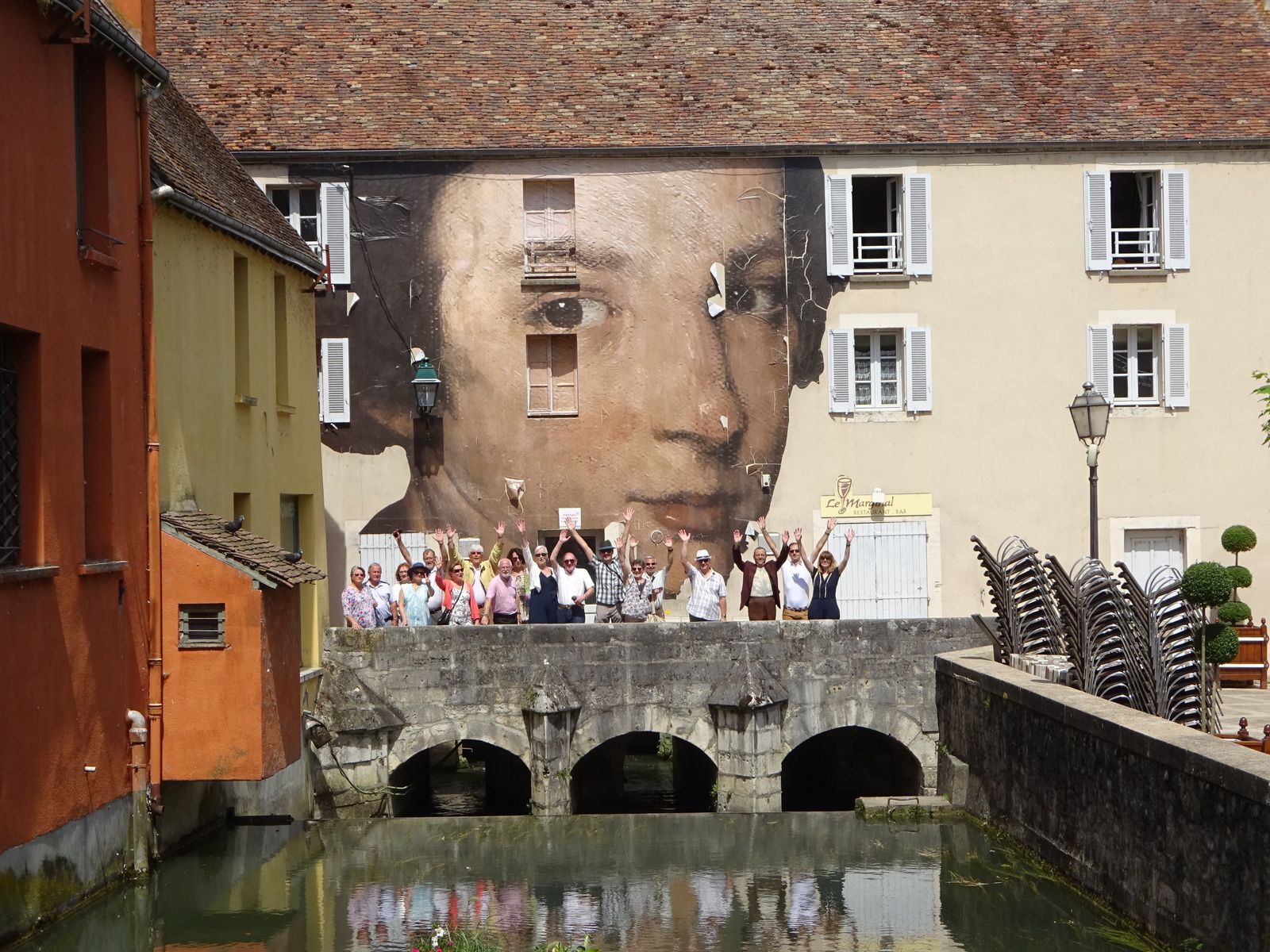 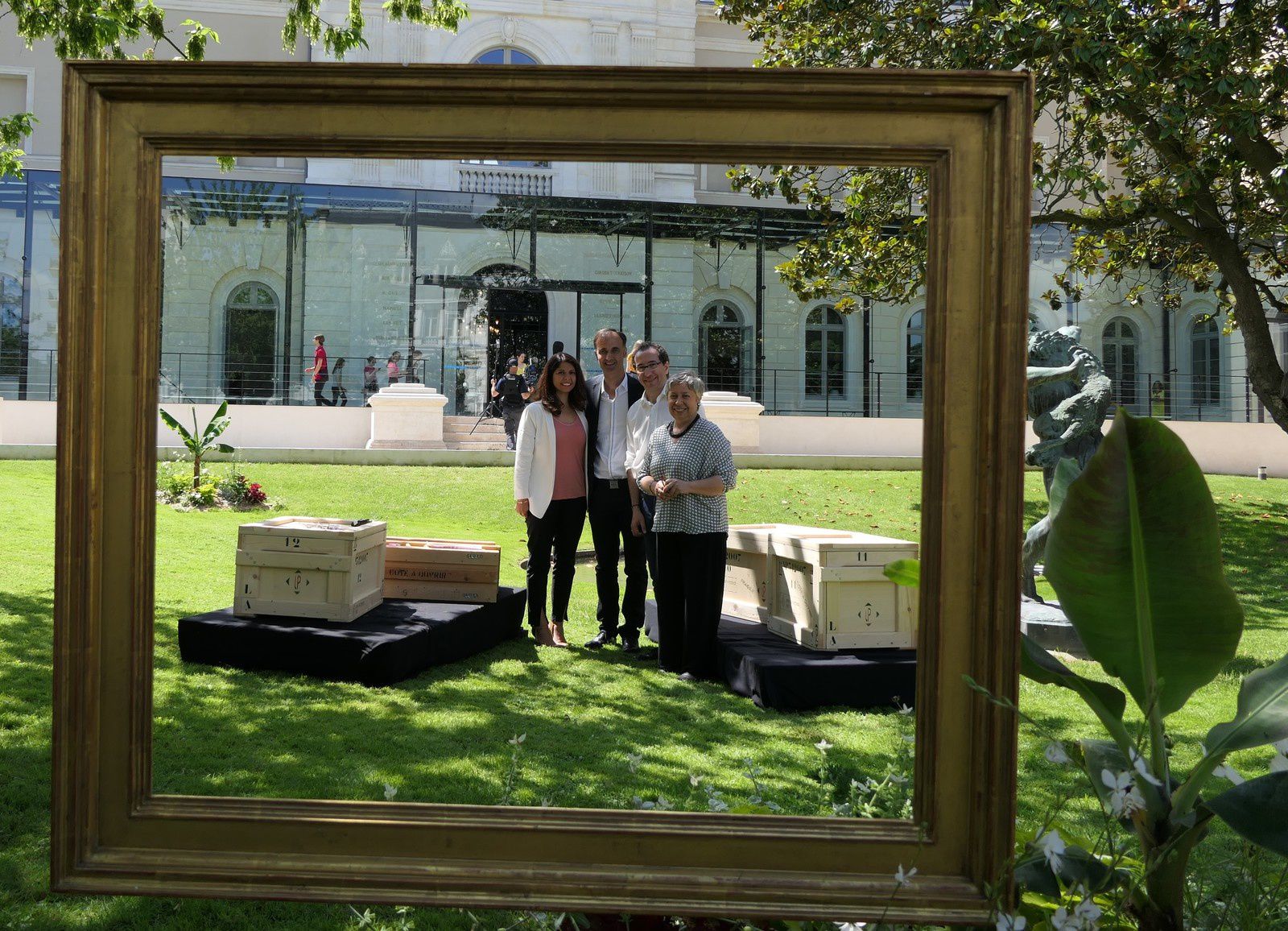 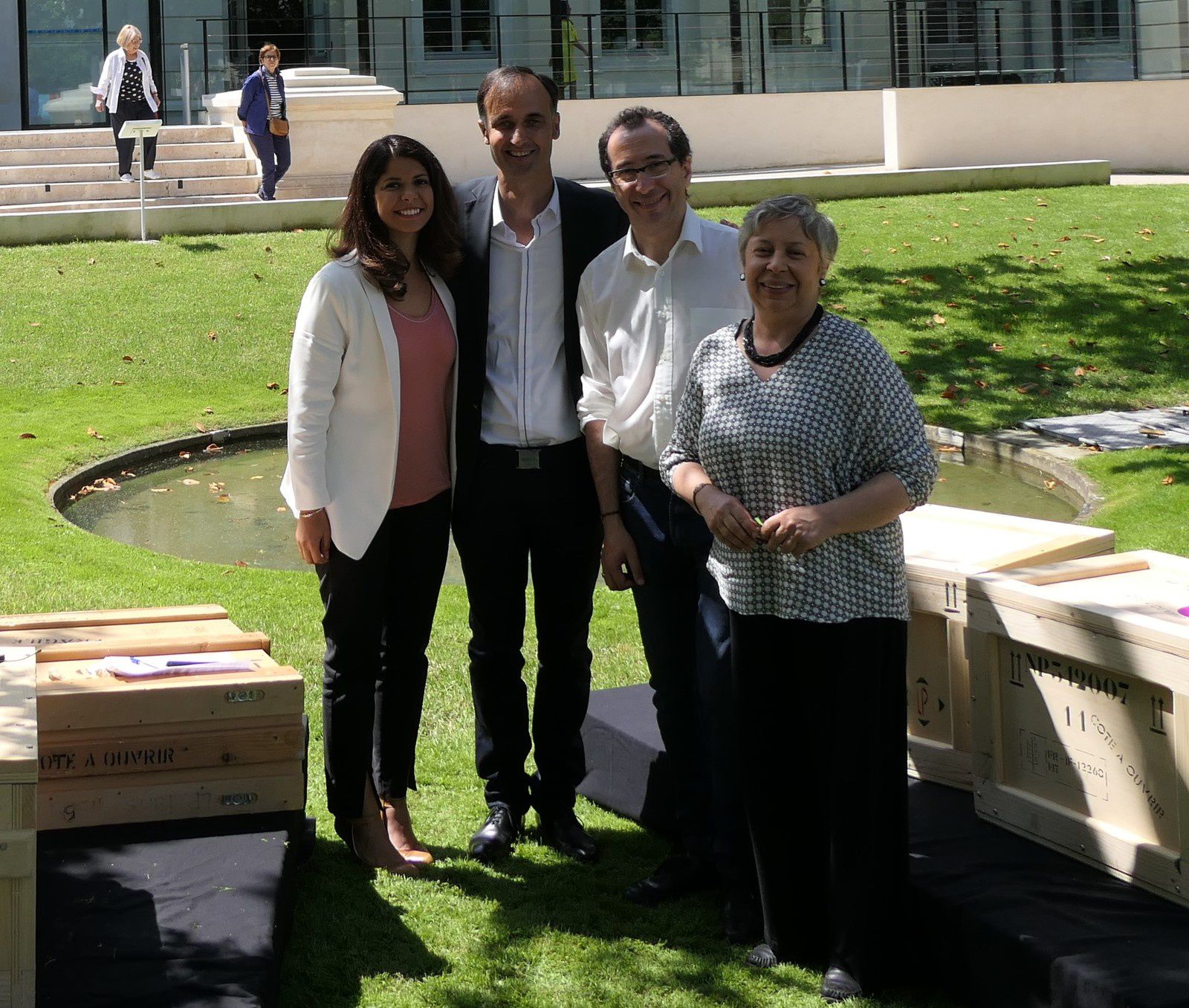 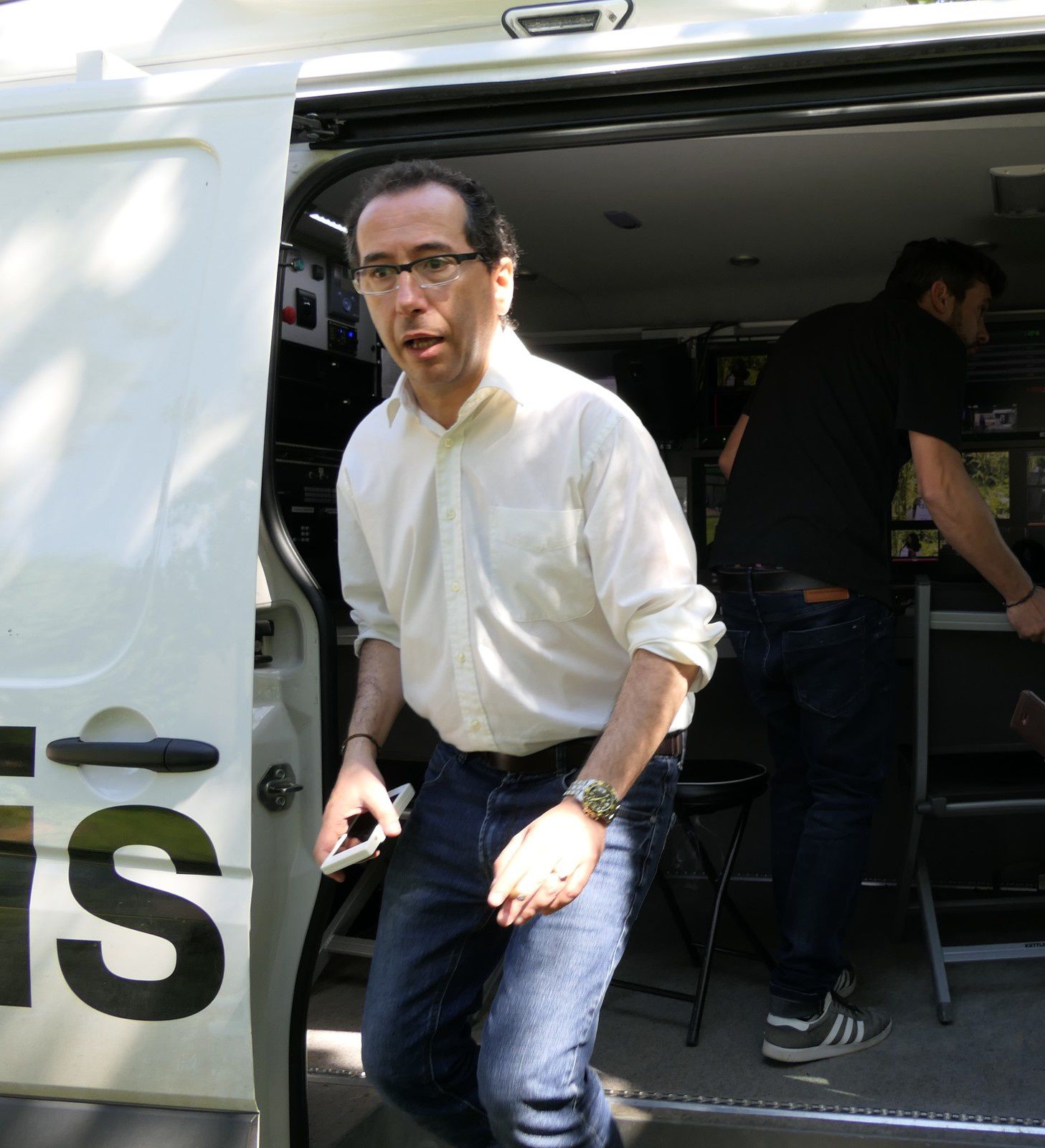 Johnny Hallyday, the Elvis Presley of France, Is Dead at 74

Johnny Hallyday, the French answer to Elvis Presley, who kept audiences enthralled for nearly 60 years with his Gallic interpretations of American rock ’n’ roll and his turbulent offstage life, has died. He was 74.

His wife, Laeticia, confirmed the death to Agence France-Presse on Wednesday.

The 1957 Presley film “Loving You” changed French culture forever when it inspired the 14-year-old Jean-Philippe Smet to pick up a guitar, twist his lips into a sneer and swivel his hips. As Johnny Hallyday, he gave French audiences a bad case of rock fever, touching off riots wherever he appeared to sing hits like “Tutti Frutti,” “Blue Suede Shoes” and “C’est le Mashed Potatoes.”

Although he was little known outside the French-speaking world, Mr. Hallyday sold more than 100 million records, acted in more than 30 films and appeared on the cover of the magazine Paris Match dozens of times. His career endured so long that when he released an album in 2008 called “Ça Ne Finira Jamais” (“It Will Never End”), the title sounded like a simple statement of fact.

That album and its title song both reached No. 1 on the French charts.

Critics scoffed at Mr. Hallyday as derivative, but his countless fans did not care. His outdoor concert at the Eiffel Tower in 2000 drew more than half a million fans, and another 9.5 million watched it on television — about one-sixth of the population of France.

Jean-Philippe Smet was born in Nazi-occupied Paris on June 15, 1943. His mother, a model, and his father, a Belgian circus performer, separated soon after he was born, and he was raised by a paternal aunt.

His upbringing was unusual. Aunt Hélène, a former silent-film actress, was a stage manager for her two dancing daughters, whom she shepherded from one engagement to the next in cities all over Europe.

Jean-Philippe, whom her American husband called Johnny, became a kind of onstage mascot, singing while the girls changed costume. The boy would later make use of the family stage name, the Hallidays.

Besides singing, Jean-Philippe appeared in commercials as a boy and played the role of a schoolboy in the 1955 Henri-Georges Clouzot thriller, “Les Diaboliques.”

Elvis changed everything. “His voice, the way he moved, everything was sexy,” Mr. Hallyday told USA Today in 2000. “The first time I saw him, I was paralyzed.”

He began singing American rock songs at the Moulin Rouge and other clubs around Paris, and in 1959 he was signed by Vogue Records, which released his first album, “Hello Johnny,” in 1960, misspelling Halliday on the cover. The misspelling stuck.

Like Elvis Presley, Mr. Hallyday pursued a second career as an actor. Unlike Presley, he eventually won serious critical respect for his work, especially in such later roles as a world-weary criminal in “The Man on the Train” (2002) and a man who seeks revenge when his daughter’s family is attacked in “Vengeance” .

He took music seriously too. Always current with the latest developments in Anglo-American rock, he made it a point to work with top talent outside France. Early in his career he recorded in Nashville with the vocal group the Jordanaires, who backed Presley on many records. The Jimi Hendrix Experience was his opening act in 1966, and he later brought the British guitarists Jimmy Page and Peter Frampton to France for recording sessions.

His efforts remained unappreciated by English and American audiences.

In 1965 Mr. Hallyday married Ms. Vartan, his co-star in the film “Where Are You From, Johnny?” They divorced in 1980. Two subsequent marriages also ended in divorce.

In addition to his current wife, the former Laeticia Boudou, Mr. Hallyday is survived by their two daughters, Jade and Joy; David Hallyday, a son from his marriage with Ms. Vartan; and Laura Smet, a daughter from his relationship with the actress Nathalie Baye.

Mr. Hallyday’s career seemed to be on the wane in the early 1980s, but he rebounded with the album “Rock ’n’ Roll Attitude” (1985), the first in a string of midcareer successes that culminated in “Collection: Johnny Hallyday,” a 42-CD set issued to celebrate his 50th birthday in 1993. Although priced at more than $1,000, the limited edition of 8,000 sold out in two days.

In 1997, President Jacques Chirac made Mr. Hallyday a member of the Legion of Honor.

Rumors of Mr. Hallyday’s retirement always turned out to be false. Like an opera star, he followed each farewell tour with another.

With time the hard-rock edge softened, and he turned more and more to breathy ballads in the venerable French chanson tradition of Jacques Brel, Édith Piaf and Serge Gainsbourg. His sales never slowed. In 2002, his double CD “À la Vie, à la Mort!” (“To Life, to Death!”) sold 800,000 copies in its first week, a French record.

Mr. Hallyday announced in March that he had lung cancer. An album of his hits as interpreted by other artists, “On a Tous Quelque Chose de Johnny” (“We’re All a Little Bit Like Johnny”), was released in November.

“It is hard to explain the Johnny phenomenon to foreigners,” Arnold Turboust, a French songwriter, told The Independent of London in 2000. “He is a good singer, but there are many singers. He is a chameleon, a performer, an actor, rather than a great musical original; a pirate of other people’s styles. But to the French, he is part of our history, our psyche.

“We have all grown up with Johnny,” Mr. Turboust continued. “We remember his first love affair, his first fight, his first marriage, his first motorcycle. He is our family.” The French COP21 Presidency has presented a final draft agreement

On Saturday, 12 December at 11:30, a final draft agreement was presented to the representatives of the 195 countries by the French COP21 Presidency, during a plenary session charged with emotion and punctuated by applause.

The compromise text is “fair, sustainable, dynamic, balanced and legally binding”, declared the President of COP21, Laurent Fabius, in a trembling voice, on the verge of tears. “If it is adopted, this text will mark a historic turning point,” continued Fabius, who was applauded several times by delegates who rose from their seats. He thanked them, standing with his hand on his heart. “We are almost at the end of the road, and no doubt at the start of another,” he emphasized, calling on the countries to “not let the unique opportunity that is within our grasp slip through our fingers.” He encouraged them to read the text carefully and to meet at 15:45 to adopt it.

“This text, which we have built together, […] is the best balance possible, a balance which is both powerful and fragile, which will enable each delegation, each group of countries, to return home with their heads held high, having gained a lot,” continued the COP21 President.

In terms of content, the project confirms the goal of “holding the increase in average temperature to well below 2°C and pursuing efforts to limit this increase to 1.5°C, which would significantly reduce the risks and impacts of climate change”, he noted. On the thorny issue of finance, the text provides that the $100 billion promised every year by the developed countries to help developing countries fund their climate policies will be a “a floor for post-2020”. “A new quantified target will need to be set by 2025 at the latest,” added the President. “Success is within reach of all our hands working together. Together, in this room, you are going to decide on a historic agreement.

The world is waiting with bated breath and is counting on us all,” he concluded. His call was repeated on the podium by the United Nations Secretary-General, Ban Ki-moon, who called upon the countries to “finish the job” by adopting the agreement presented.

The President of the French Republic, François Hollande, hammered the point home, calling upon the delegates to “make the decisive step” of adopting this agreement within the day, making this “12 December a day that is not only historic, but a date for humanity.”

“France is asking you – France is begging you – to adopt the first universal climate agreement in our history,” appealed Hollande.

The text (PDF, English only) was published online at 13:30, while it was being translated into the six UN languages (French, English, Chinese, Arabic, Russian and Spanish). The 196 Parties are set to meet for a plenary session of the Paris Committee at 15:45 before the agreement is hopefully adopted.

The 21st session of the Conference of the Parties (COP21) is the largest international diplomatic conference ever organized by France. This event, which is part of the cycle of major UN conferences on climate change, is unprecedented on a number of levels.

The world at Le Bourget

The figures speak for themselves. 180,000m2, 2 plenary rooms, one of which was built from scratch, 32 negotiating rooms, 3 press conference rooms, 67 pavilions and 200 stands. COP21 is a conference that beats all records. Never before had a COP hosted so many participants: over 25,000 accredited persons had visited the site by the end of the first week.

This was also the largest number of Heads of State and Government ever hosted in the history of France: over 150 Heads of State and Government from around the world (including Barack Obama from the US, Xi Jinping from China, Narendra Modi from India and Vladimir Putin from Russia) were welcomed by the President of the French Republic, the United Nations Secretary-General and the President of COP21 at the Le Bourget site. Throughout the day of 30 November, they demonstrated their mobilization and their political commitment to making the Paris Conference a success.

France embodies everything religious zealots everywhere hate: enjoyment of life here on earth in a myriad little ways: a fragrant cup of coffee and buttery croissant in the morning, beautiful women in short dresses smiling freely on the street, the smell of warm bread, a bottle of wine shared with friends, a dab of perfume, children paying in the Luxembourg Gardens, the right not to believe in any god, not to worry about calories, to flirt and smoke and enjoy sex outside of marriage, to take vacations, to read any book you want, to go to school for free, to play, to laugh, to argue, to make fun of prelates and politicians alike, to leave worrying about the afterlife to the dead.
No country does life on earth better than the French.
Paris, we love you. We cry for you. You are mourning tonight, and we with you. We know you will laugh again, and sing again, and make love, and heal, because loving life is your essence. The forces of darkness will ebb. They will lose. They always do.

PARIS — The Paris area reeled Friday night from a shooting rampage, explosions and mass hostage-taking that President François Hollande called an unprecedented terrorist attack on France. His government announced sharply increased border controls and heightened police powers as it mobilized the military in a national emergency.

French television and news services quoted the police as saying that around 100 people had been killed at a concert site where hostages had been held during a two-hour standoff with the police, and that perhaps dozens of others had been killed in apparently coordinated attacks outside the country’s main sports stadium and four other popular locations in the city. But estimates on the total number of dead varied.

Witnesses on French television said the scene at the concert hall, which can seat as many as 1,500 people, was a massacre, describing how gunmen with automatic weapons shot bursts of bullets into the crowd.

“What you are doing in Syria, you are going to pay for it now,” one of the gunmen shouted, a witness said.